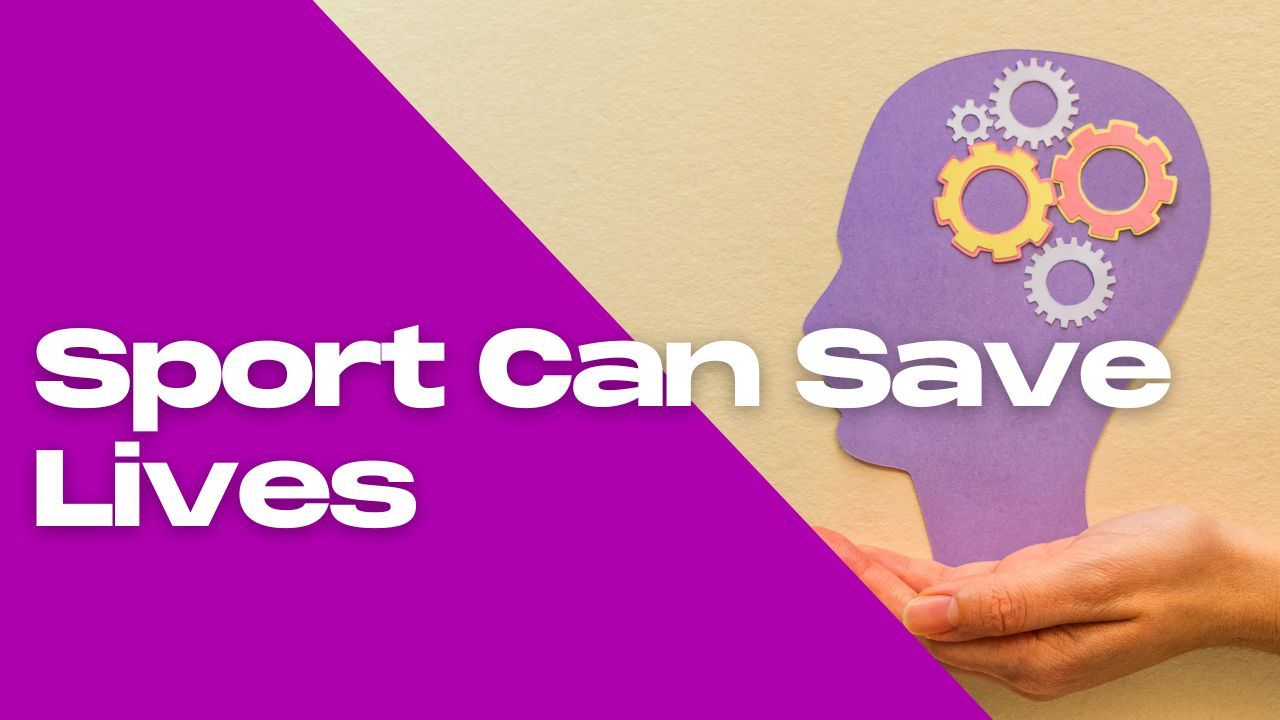 Sport Can Save Lives

Exercise as a tool in your mental health toolbox.

TW: This article contains mention of suicidal ideation, mental illness, and more specifically, disordered eating. If you, or someone you know, is struggling with any of the above – please seek care.

We started our company in 2017 with just one podcast - IronWomen. From there, we’ve grown into a huge community of active performance-minded women, all with one thing in common – a love of sport. With so many women sharing their stories, it’s easy to pull out common themes like challenges with race day periods, getting accurate information, or THE PATRIARCHY. But one theme, that never fails to give me goosebumps, is how sport has saved so many of our lives.

We hear stories from women of all different ages and backgrounds that highlight the overwhelming importance of having sport in their lives, and how finding activity, in general, has helped them move through incomparable challenges.

It’s not like the mental health benefits of exercise are a secret. I can recall on numerous occasions having my doctor prescribe me more exercise to help my anxiety. Which, I do have to say, can be extremely invalidating. Especially for someone who, at the time, didn’t partake in regular exercise and so, didn’t understand its benefits for anxiety specifically. Picture something like this -

Me: “Um, hello doctor? I have crippling anxiety and overwhelming doubt”
My doctor: “You should really try to exercise more”

You don’t even want to know what used to go through my head when this happened. BUT, with the invalidation aside, there had to be something to it. And there was. Running has now become a tool I use to deal with flare-ups of my OCD on a day-to-day basis. It’s a distraction that I can’t find anywhere else and it gives me solace to know I have something to turn to when nothing else is working.  And it’s not just me, studies have shown that just 20-40 minutes of aerobic exercise can significantly improve anxiety and mood for several hours after.

So, this week, to pay homage to the thing that has brought us all so much peace, meaning, and purpose - we bring you stories of three different athletes, each with a different background, and journey. But each owing gratitude to sport for this new phase of their lives.

Nikki is an exceptional athlete. Her sport of choice? The ultramarathon. More specifically, for Nikki this means any race over 100 miles. We had her on the IronWomen podcast to talk about her Amazon Prime documentary, Finding Traction, where Nikki runs “The Long Trail” – a 273-mile trail in Vermont.

While Nikki is, of course, known for this endeavor, she is also known for being open about her struggles with depression. She was speaking openly about her mental health in the early 2000’s when not many athletes were doing the same. She explains, “there was an article in the local paper where I really came out hard and shared things that are really difficult and intimate about the disease. Specifically, about my experience with the disease. I was terrified”. She goes on to underline the way that her opening up, helped others to do so as well. “There are people that come out to me now, because they can, because I opened that door through the media, and these people have never talked about depression”.

So how did sport save her life? In Season 9 Episode 6 of IronWomen, Nikki explains the way in which the pain of long trail racing gave her an outlet for the pain of her depression. Here’s what she has to say:

“I have never found anything as painful as depression.  There aren't many things that make you want to die. To the point where you better not have any weapons around. And even in the long trail attempt, when I had that moment where I said, “I want to die”, I wouldn't have actually pulled the trigger. I knew that I could stop. You have an out in an ultra or in an Ironman.  You don't have an out when you're in crisis and depression. Your brain works so much differently, that you feel all that pain, and you have no idea when it's going to stop.”

For Nikki, long trail gives her a space where she can experience pain - and have a space where she can choose to stop. Of course, it is extremely important to note that this specific method can result in many unhealthy behaviors. And as Nikki goes on to explain, those struggling with depression need to see their primary doctor first, as running is only one part of the treatment.

“I feel very strongly that finding cycling when I was like 15 years old is the reason I’m alive right now”, explains Haley Hunter Smith –  badass Canadian Olympic racing cyclist. Last year, we welcomed Haley onto the Girls Gone Gravel podcast to talk about her experience with disordered eating and anxiety, and how her journey with cycling had impacted this.

While many athletes find that the demands of elite athleticism can lend themselves to disordered eating, for Haley - her story is different. Developing orthorexia at the age of 14, before having been involved in sport altogether, Haley ended up extremely underweight and at risk of heart failure. Orthorexia can be understood as an obsession with being and eating “healthy” foods, or, as Haley puts it “aggressive healthiness”. After being hospitalized and moving through recovery, Haley found her way to cycling and sport as a whole. As she explains, the bike kept her alive.

“It helps me manage anxiety and feelings of depression. It was my medicine, it kept me level, and it kept my hormones and my neurotransmitters functioning properly. It gave me a sense of purpose. It connected me to nature, it taught me how to positively adapt to these feelings and emotions and circumstances I was having.”

However, as Haley is clear in stating, finding cycling wasn’t the be all end-all for her mental illness. The pressure of professional cycling is extreme, and as she explains, she has relapsed since going pro. For her, this means working on taking the pressure off of herself. And it seems as though she’s been quite successful. She explains that moving away from World Cup Racing, and into the gravel cycling space has been extremely beneficial. Instead of pressuring herself to win every race, she says - “I just want to race to see if my legs can win on the day”. It's important to underline that sport and athleticism won’t “cure” you. Rather, they can be a tool in your toolbox to maintain your mental health on a daily basis and to whip out in a crisis. 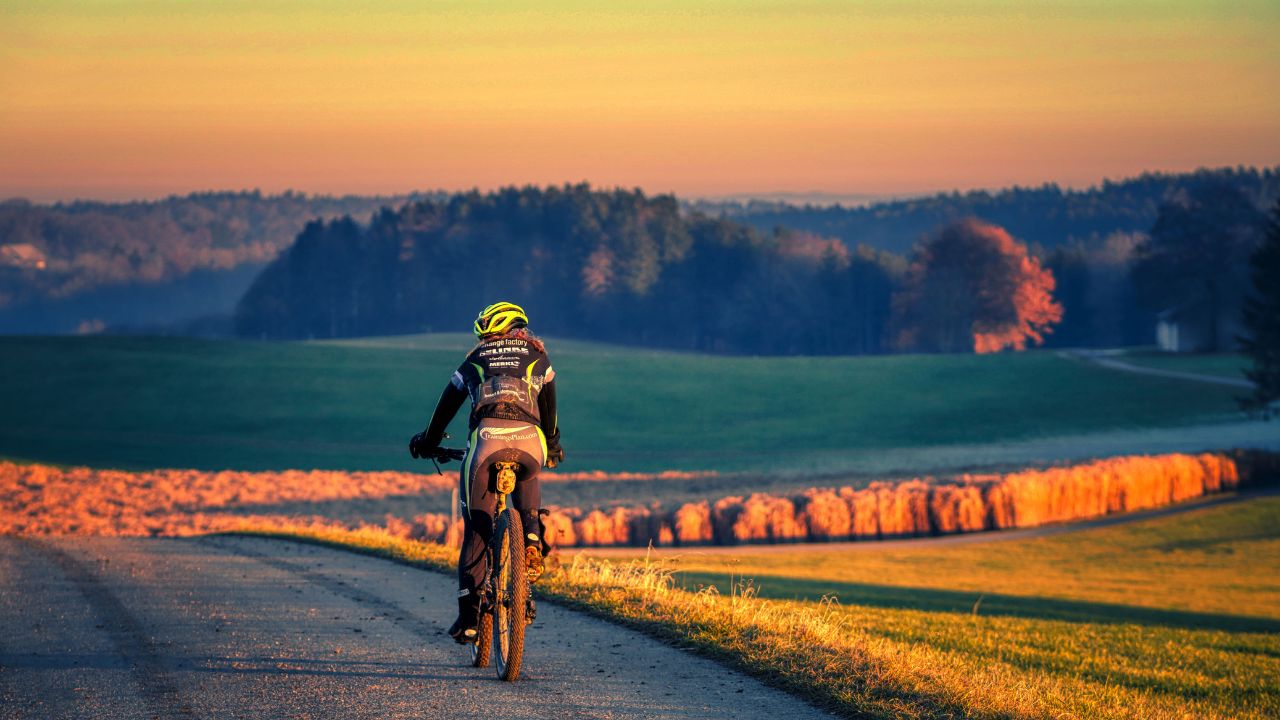 In the deep: Jordy Duncan

This week on the Women’s Performance Podcast, we welcomed Jordy Duncan - Australian Pro Freediver. While we mostly expected to chat about, well, holding your breath (because how can they stay down there for so long?!), it turns out – Jordy has also been saved by her sport. As she explains, “I would even go so far as to say that freediving has been a lifeline for me”.

Beginning her journey in athletics as a swimmer in grade school, Jordy explains that her personal identity was enwrapped in “being a swimmer”. She states, “that’s who I was. That’s who people knew me as”. And like many of us, when she quit – she felt as though she lost that identity.

“I was very lost. And I was also going through puberty and gained quite a lot of weight. So from then I started developing disordered eating patterns. Anxiety, just really low self esteem, all of that stuff. From about 20 to 30, I would say, I struggled with quite severe bulimia and I was drinking a lot, every day.”

And it was freediving that helped give Jordy that push towards healing. After trying freediving for the first time, Jordy explains “It felt like I was meant to be there”. In freediving she found a purpose, a way to reconcile with her loss of identity, and most importantly - a space to switch off. She explains, “I struggle with anxiety, but when I'm freediving training, I'm in the moment. I'm just fully focused on what I'm doing in that present moment. And it's the only thing for me”.

Three women, three different stories. And I know three isn’t anywhere near an accurate sample size, but we know there are more of you out there with stories just like these. Exercise can save lives. And it has. I encourage you all to think of the ways exercise has benefited your life and mental health. And if you’re comfortable, share! The more we talk about our mental health, the more others will. If exercise has helped us, it could help them too.