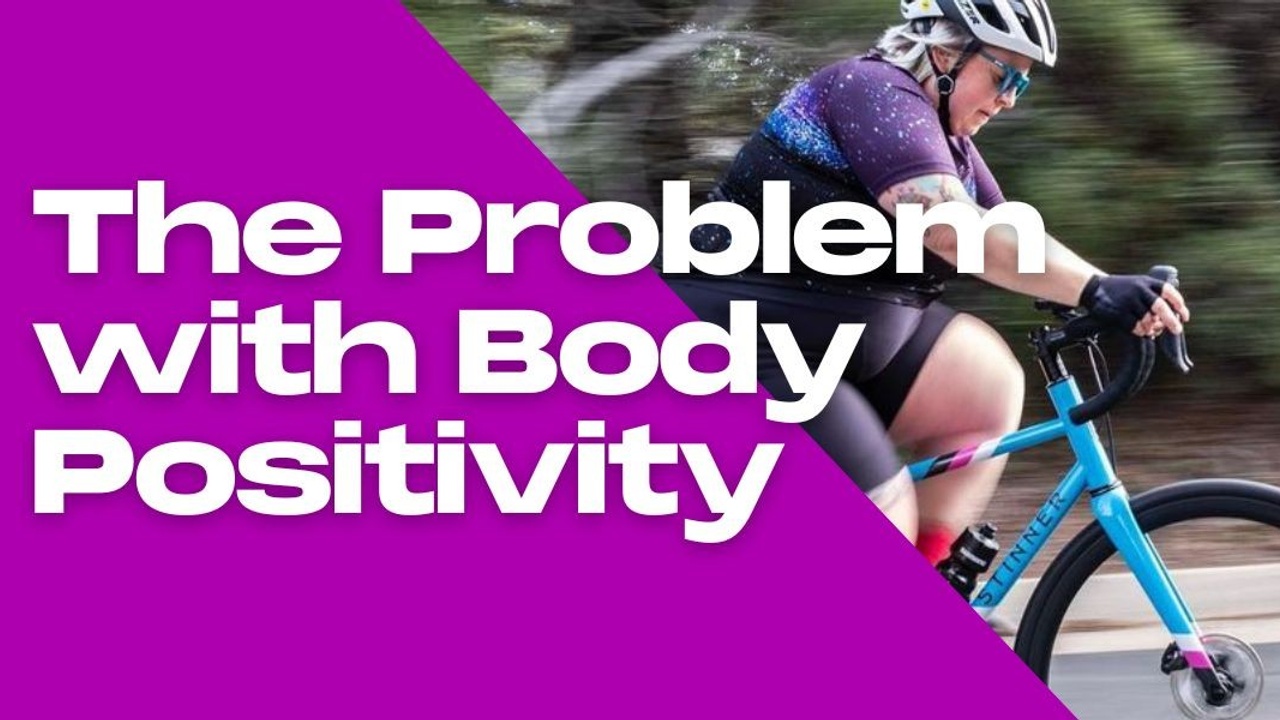 The Problem with Body Positivity: Advice from a Fat Activist

You don’t have to love every part of your body to not hate it.

All bodies are beautiful. Love your body. Be happy in your own skin. From Dove commercials to even some of our own Feisty Content, “body positivity” - helping women love, rather than loathe and battle their bodies – is at the forefront of many company's mission.

And it’s a well-intentioned endeavor. It’s not like mainstream “beauty” magazines and even some so-called “health and fitness” media have been particularly kind. Making us feel embarrassed about our bodies sells, after all. This is especially true of the fat shaming, diet culture messages that have been directed at women in bigger bodies for decades.

Though there’s certainly nothing wrong with being happy with the skin – and shape – you’re in. A growing number of people contend that the “body positivity” or “self-love” movement can actually be more hurtful than helpful.

This week on The Feisty Women’s Performance Podcast, we welcomed Marley Blonsky - fat adventure cyclist, advocate, and influencer to talk all about the pitfalls of body positivity and what she sees as a better way. Here are some of our key takeaways:

Body positivity is basically loving and feeling “positively” about every aspect of your body, especially those parts that don’t match up with whatever the cultural beauty standards are at the time. That’s not realistic. Nobody loves every part of their body all the time, and it makes you feel bad if you don’t love every part of your body all the time. It also leaves no room for nuance, which is necessary in life, Marley says.

I feel this personally. I often don’t love my acne or my frizzy hair. It’s hard, and often I feel even worse when I have these feelings because body positivity says I “shouldn’t be”.

“Body positivity is just being overwhelmingly positive about our bodies, and I just don't think that's realistic,” Marley says. ” I get frustrated every day with something with my body, whether it's my knee, my hair, etc…Accepting the things that I don't love about my body, like right now my knee, it's still giving me trouble two months after surgery. I don't have to love that, you know, I think there's a big body positivity movement, right? And like, ‘I love my rolls. I love my cellulite’. Like, why? Yes, it's a part of your body that does really cool things. But it's okay to be nuanced.”

We can not “love” a certain aspect of our body and STILL be grateful for it. That’s the hallmark of a more nuanced movement Marley does promote, called “body neutrality.”

While body positivity takes the approach of loving the way you look, body neutrality asks us to appreciate what our body can do for us. Body neutrality allows us to acknowledge that self-worth is not entirely made up of body image. Instead, each and every one of us is extremely multi-dimensional, and at the end of the day - your body is only a singular aspect of who you are. By viewing ourselves through the lens of body neutrality, we can let go of society’s body standards and allow ourselves to just be - and do!

“Being neutral about your body is accepting that there are both good and bad things and being grateful for what your body does for you,” she says, adding that it was the body neutrality movement that really helped her come to a place of peace with her body.

Another good reason to take a stand for body neutrality over body positivity: body neutrality helps pave the way for meaningful societal change that will actually make people’s lives better.

“Body neutrality plays directly into fat activism,” Marley says. “Me feeling positive about my body isn't going to change the size of the airplane seat or the doctor I see for my knee trouble, And he says, Well, you need to lose weight.”

At the end of the day, body neutrality is all about doing, not looking. And Marley wants to be able to do all the things - regardless of how her body looks. It’s not about losing weight to fit into an airplane seat, or to fix her knee trouble - it’s about changing the infrastructure and attitudes that believe that is the only option.

And this takes a lot of education. From educating clothing companies to ski shops, to even race directors, we can create change.

Marley has dedicated the past years of her life to creating a size-inclusive community for cyclists. This means dedicating her time, and her team's time, to change the cycling industry on a meaningful and structural level. All bodies deserve to be on bikes.

On a grassroots level, All Bodies on Bikes is educating folks on how to choose, and alter bikes to make them work for larger bodies. From making sure spokes don’t break when cyclists go out for a ride to educating bike mechanics on bike weight restrictions - the lens of body neutrality makes this possible. 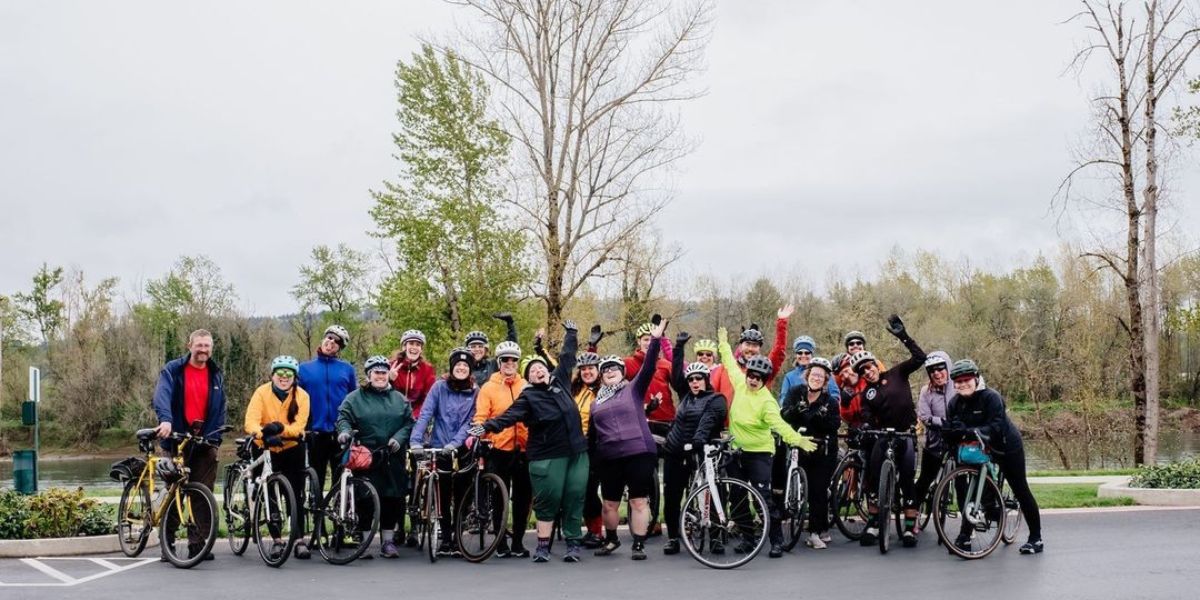 When it comes to the language we use, body neutrality can be hard. Because let’s be real. The word “fat” can be a little uncomfortable. I will be the first person to say that. And it’s likely due to the negative connotations that have enshrouded that word for my whole life. But it is way past time to rethink that. As Marley explains, “ I do identify as a fat woman, I use it as a neutral descriptor. Just like right now I've got bleached blonde hair, I'm five, two, I'm fat.”

“I think there's a lot of power in calling yourself that because you're saying, This is my body. I'm not trying to change it, and I'm okay with it. I have this size. And that rubs a lot of people the wrong way, surprisingly, because we're not used to fat people being okay with their bodies and being okay with being bigger. I'm a fat woman, and I'm probably going to be this way for the rest of my life. It’s kind of a shocking thing to hear.”

Fat doesn’t have to be this negative thing. But in fact, it can be neutral. And just like that - we are right back to body neutrality. See what I did there? Body neutrality also allows us to view our bodies in this neutral way and thus, reclaim language - like the word fat.

Be a Body Neutrality Ally

Promoting body neutrality is more than the language you use, but also the steps you take, even if, and maybe especially if you’ve never been in a bigger body. Here are some active steps you can take to be a better ally.

Think about barriers -  Being a better ally means critically thinking of the barriers that bigger folks may face. For example, if you are planning to go rock climbing with your pals, check the weight restrictions beforehand and communicate that to the group.

Ask for change - If you are shopping at a store and notice that there are only smaller sizes, ask why. This is a small and easy step you can take to make your community more size-inclusive.

Challenge your inner stereotypes - One of the most important steps you can take as an ally is took look inward. Challenge your own beliefs about what larger bodies can and cannot do, and ask yourself why you had those beliefs in the first place. Can you trace out a pattern of where those beliefs came from? And are you willing to stop that pattern in its tracks?

Change can start with us. Let’s all work to be better allies.