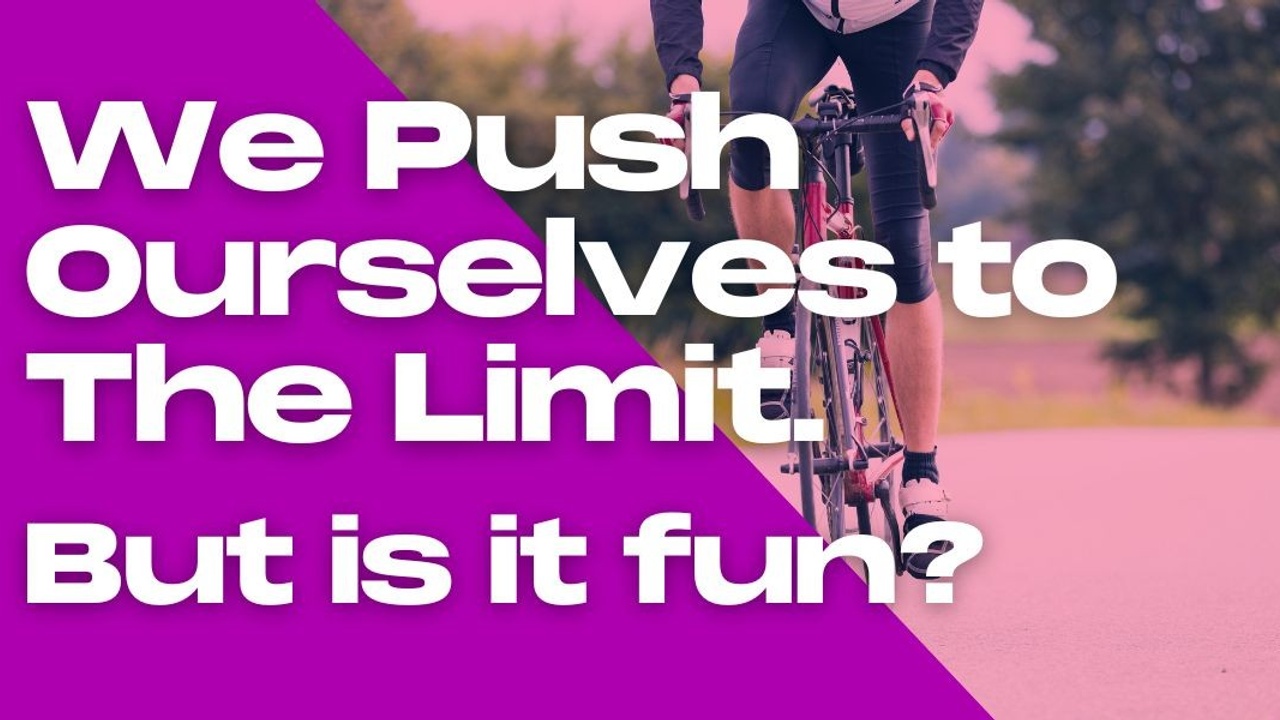 We push ourselves to the limit. But is it fun?

Questions to Ask Yourself as an Athlete

Leave everything on the race course. Give it your all or don’t bother. Be faster. Try harder. These words echo through changing rooms, start lines, finish lines, around family dinner tables. And if you’ve been an athlete, or are an athlete, you’ve probably heard them too. The pressure of sport can be heavy. And the expectation of perfection - relentless.

Worse, that expectation of perfection often ends up coming most strongly from within. Across our communities, we hear stories of the enormous weight female athletes put on themselves to live up to the high standards that they set for themselves. And when they fail? Pure devastation.

At the 2020 Tokyo Olympics, a moment just like this was broadcast to the world. Belgian triathlete, Claire Michel, sustained an injury during the women’s triathlon final and finished dead last, a far cry from her aspirations.  She collapsed to the ground in tears after crossing the line.

Being crushed by such a huge blow on the world stage is understandable, but her competitor Lotte Miller made international news by making sure Michel did not let that loss define her. Miller huddled on the ground next to her, offering an embrace and a supportive shoulder and assured her, “You’re a f*cking fighter. This is Olympic spirit, and you’ve got it 100 percent.”

We had Lotte on the Ironwomen Podcast to explain what was going through her head at that moment.…

“I just felt that inner pain that no one should be feeling the way she does right now. And I thought if I was that person, how would I want people to act toward me? I would not want to cross that finish line and feel like my value is in my results. I want to know that my value is the same regardless if I was first or last at the Olympics. This is anything else than a failure. This is strength.”

Pressure & Perfectionism: What They Mean for Self Worth

One of the main reasons we can feel that overwhelming pressure to be perfect is our self-worth has become tied to our results. That’s something few can speak to better than this week’s guest on the Women’s Performance Podcast, Rhonda Rajsich - the most decorated professional racquetball player in the United States. 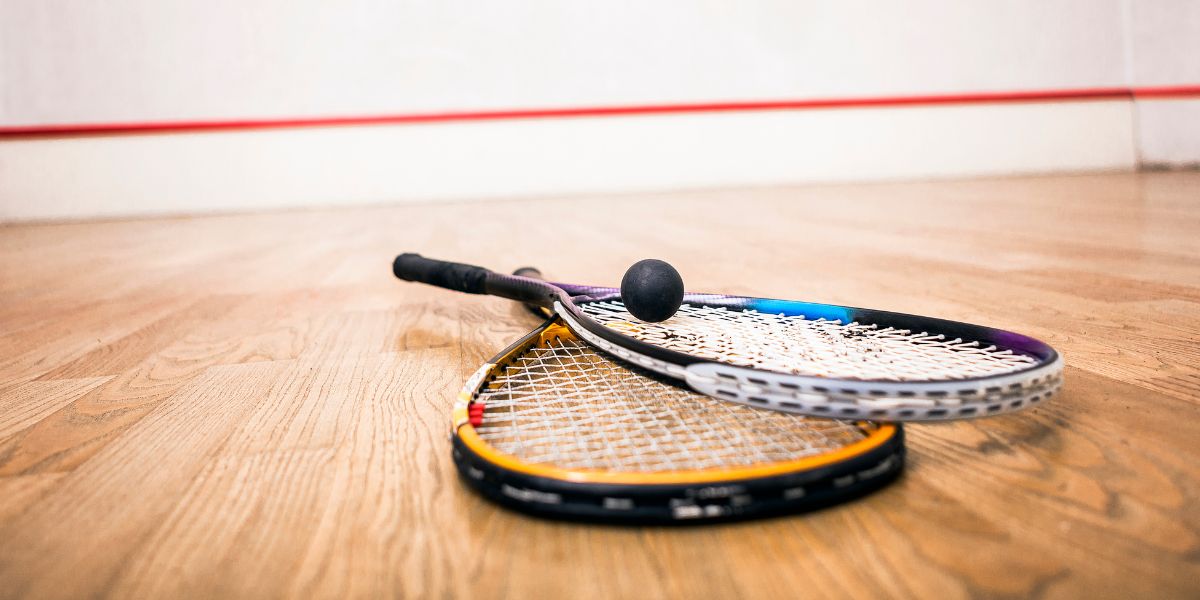 Rhonda grew up in a family of high-achieving athletes, her father being the oldest of five boys who had all been professional athletes at some point. This natural drive was burned in by nurture: her father (who was also a colonel in the army) expected perfection. She was always trying to chase a standard that left her feeling never good enough.

Over time, that standard became her own for herself but magnified. “I [would] feel like if I can’t even live up to myself, of course, I’m letting my parents down.”

Rhonda didn’t take losses well. An opponent even asked her after a  particularly tough loss in a tournament if Rhonda felt like her self-worth was tied to how she performed on the court. “It was kind of like a knife to the heart when I was asked that. Like, why are you calling me out like that? And, obviously, I never really thought of it that way. But I would say 100% I did to a very large degree define my self-worth by my performance on the court”.

The question sent her on a journey of introspection. But she’s also quick to note that for all of its pitfalls, the drive for perfection in performance has also brought her great rewards in her sport and in life and has helped her overcome even the most monumental obstacles, including a harrowing incident that would have taken most down, maybe for life.

Six weeks before a World Championship event, two men jumped Rhonda from behind while walking on the strand of beach right in front of her home. They beat her with brass knuckles, shattering the right side of her face and knocking her eye from its socket. Though her first instinct was to fight back, her first thought was the upcoming match.

“I wanted to hit back, of course. As soon as I turned around, I wanted to defend myself. But my immediate thought was that I have the World Championships in six weeks. And I don't want to break my hand on your dumb stupid face and not be able to hold my racket and go compete for my country”.

It didn’t even occur to her to call the police or ambulance. She was going to simply go home and take Advil. When the severity of the injuries became clear, she did go to the hospital, and the gravity of the road ahead sunk in. She would need facial reconstruction surgery. And there was no way in hell she was going to miss Worlds.

“I got jumped on June 1, and I had facial reconstructive surgery on June 11. They were not going to let me go to Worlds. I threw an absolute fit. I was able to argue my way into keeping my spot on the team.”

Sixty-four days after getting jumped, 53 days after facial reconstructive surgery, and 29 days after Rhonda abandoned all medical advice and went off of pain medication, she won the world championships without even going to a tiebreaker. She never lost a single game in that tournament.

Some would say this is heroic, others would say reckless. But whatever it is, it shows the double-sided nature of our quest for perfection.

Finding the Performance-Self Worth Sweet Spot

If you feel like your own self-worth is wrapped up in your performance in counterproductive ways, such as hinging on results, you’re obviously not alone. Maybe like Rhonda, it comes from years of upbringing. Or maybe you feel societal pressure, especially if you compete in traditionally male-dominated spaces.

But even those of us most caught up in the tangle of results-driven feelings of self-worth can break free. For Rhonda it took a process of consciously asking herself after a game–win or lose–if how she was feeling was based on an outcome. She worked on breaking that bond. She also focuses heavily on other aspects of the sport she loves that will feed her self-worth in healthy ways, regardless of whether she wins or loses.

She enjoys the process. Going to the gym, and nailing workouts are inherently satisfying for themselves. She can always pride herself in putting her best efforts into her preparation.

She focuses on progression and improvement and having room to grow. Finding the techniques and places where she can improve her game also gives her satisfaction that is not tied to a result.

And she remembers the fun. “I would completely be done with racquetball altogether if it's not fun anymore. Because it's a game, I feel that way about all sports, it's a game and it's supposed to be fun. If it's not fun, you're doing it for the wrong reasons.”

I think this is really profound advice. We can remove the pressure of success by reminding ourselves that our sport is just a game and that it’s meant to be fun. Sure it’s not always the happy, carefree kind of feeling we associate with superficial fun. But it should bring the deeper joy that we get from putting in the work and pursuing perfection (whether or not we achieve it) in something we love.

When we immerse ourselves in the process and take pride in all the achievements we make along the way, whether it be on the track, in the court, or on the trail, we ultimately enjoy ourselves and a win or a PB becomes a bonus. And that’s what keeps us pushing ourselves and coming back for more–in the most healthy of ways.